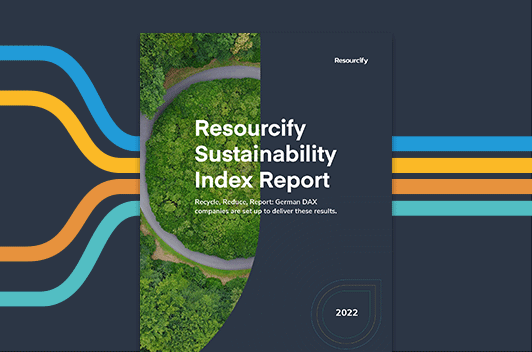 Recycle, Reduce, Report: German DAX companies are set up to deliver these results

A circular economy is considered a fundamental part of the solution to being more resource independent and saving our planet from a catastrophic climate change trajectory. Earlier this year, plans were announced at the level of the European Union on how to establish a circular economy in the EU member states. At the global level, a fundamental shift in thinking is also taking place, with the United Nations announcing an agreement that promises to move away from plastic waste.

But how do Germany's largest corporations fare in tackling disciplines such as recycling and the circular economy? To gather reliable figures on this topic, we took a closer look at the annual and sustainability reports of Germany's 40 largest companies. The result is the Resourcify Sustainability Index Report.

Summary of the key findings

Fill out the form below.